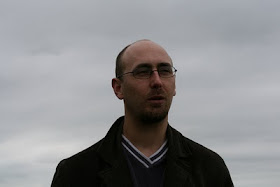 With all of the major debut novels out this year, there is a chance you missed our review of R.D. Ronald's The Elephant Tree this last Tuesday. It was a great psychological page turner with a quick and impressive story with some vivid characters. Speculative Book Review was lucky enough to have a chance to pick the author's brain and see just where he came up with his idea, how he goes about writing, and an unexpected exclusive to his upcoming novel.


Since Ronald is a new author here is a quick biography directly from his website:


R. D. Ronald confesses to having spent time in various jobs throughtout a career in business and then spent time in prison after turning to crime to pay the medical bills for his sick wife. 'Renee became ill shortly after we were married, the treatment she needed was expensive. An opportunity came up for me to run a cannabis farm - the extra cash would make the difference to Renee's care, so I  accepted. Renee was optimistic about her treatment, but sadly she didn't make it. Not long afterwards, I was arrested and sent to prison.'

Work on his debut novel, The Elephant Tree was largely undertaken while he was inside. 'Being locked up 23 hours a day focuses the mind. I'd always loved reading and hoped to write a book one day, and you hear some crazy stories while in jail. In the end writing was an outlet, a way for me to keep my mind occupied. My book touches on some of the issues that have affected me, but is not autobiographical. It does challenge readers however. Life is never clear cut, and the line between good and bad, right and wrong is often blurred. Especially in times of crisis, and this is what I wanted The Elephant Tree to say, ultimately.'


Speculative Book Review: Why should The Elephant Tree be the next book everyone reads?
R.D. Ronald: I think because it dares to be different. The characters for the most part aren’t either inherently good or overwhelmingly bad, although some do have their moments. I wanted to create something that didn’t obey all of the rules of novel writing, which when I look at my own favourite books is something that is apparent with all of them too. The formulaic setup of so many bestsellers may succeed in securing their authors a lot of wealth, but do they really contribute something meaningful to our already creaking bookshelves?
SBR: The Elephant Tree has a few things that seem to mirror your own life and experiences, how much of your character Scott is actually R.D. Ronald?
RDR: Some of my own experiences do identify a lot with Scott’s, although The Elephant Tree is not autobiographical. I’ve made mistakes over the years, and at times even broken the law. After all, a lot of the work on the book was undertaken in jail. But I think Scott’s character for the most part has a what if element, a road that perhaps I could have ended up travelling, but thanks to perhaps luck and good judgement, didn’t come to be.
SBR: Who is your inspiration for the character of Angela? Do you find it difficult to write female characters or prospectives?
RDR: Angela is a culmination of a number of strong female personalities I have known over the years. Initially when writing The Elephant Tree, she was very much a secondary character, but as I went back rewriting each draft, her voice seemed to get stronger, until she ended up demanding equal billing and her own perspective in the tale. She was actually very easy to write. At that stage a lot of the book was already complete, but as her presence expanded within the pages, she wove the narrative together brilliantly.
SBR: Which character, aside from Scott, from The Elephant Tree do you most identify with?
RDR: I think perhaps Jeff. He’s someone who has been dealt a bad hand, and for the most part just wants to be left alone to do his own thing, but when people who he cares about are in trouble, he’s right there willing to sacrifice everything to help them.
SBR: Which character was the most difficult/easiest to write and why?
RDR: The easiest were both Putty and Twinkle. I’ve known similar people to them in the dark and distant past, and as much as they appear to be, and often are, very shallow and selfish characters, there’s a softer, more caring side, that they work very hard to keep hidden from everyone. I guess in there world, kindness can be mistaken as a sign of weakness, and therefore cannot be permitted.
SBR: What is the most satisfying aspect to writing?
RDR: Unquestionably hearing back from the readers after the novel is finally released into the wild. Especially when you try to follow a different path, they are at the end of the day, judge and jury as to your success. I’ve had some hugely positive emails and comments from readers, and without a big publicity campaign, I’m delighted The Elephant Tree is making its mark in a very competitive field.
SBR: The Elephant Tree is your debut novel, are you planning on continuing with Scott in different situations or are you working on something completely different?
RDR: The next book is also set in Garden Heights, but isn’t a sequel. In fact the time line, for the most part, runs parallel. Some of the events that may seem innocuous to one book, have greater connotations in the other. I hadn’t planned on revealing that just yet, so there you go, that a Speculative Book Review exclusive J.
SBR: What authors/works have most influenced you and what type of influence (e.g. good/awful) were they?
RDR: For the good I would say, Rupert Thomson, Chuck Palahniuk, Irvine Welsh, Vicki Hendricks, Haruki Murakami, Earnest Hemingway, David Mitchell, I could go on but they’re who first spring to mind. In an awful way, which in their own right is still motivating, sadly there are quite a few, but I’m reluctant to name names as it will undoubtedly end up biting me on the ass further down the line, haha.
SBR: What are you currently reading and what is in your to-read pile?
RDR: Currently reading Chasers by Lorenzo Carcaterra, he’s a Facebook friend whose books I recently discovered so I’m working my way through them. Also have Switch by Grant McKenzie, Poisoned Love by Caitlin Rother, and Cloud Atlas and Black Swan Green by David Mitchell.
SBR: Aside from your own novel, The Elephant Tree, what series/standalone should people be reading?
RDR: Personally I would always recommend Rupert Thomson’s books. I must have bought each of them a dozen times over the years and continue to give them away to people I know who enjoy good books. I saw in a review years ago his work described as ‘like watching fireworks go off on the page’. For me that sums him up really well. Rupert could write Pizzeria menus and make them fascinating, luckily he doesn’t do that but crafts fantastic works of fiction, albeit too few of them, that I personally love going back to reread again and again. The first book I discovered by him is The Five Gates of Hell. Don’t let the title fool you, it isn’t a horror novel. I’d say after The Elephant Tree, that should be your very next purchase J.

Speculative Book Review would like to thank R.D. Ronald for the opportunity to pick his brain and we wish him continued success and look forward to his next novel. If you haven't had an opportunity to check out The Elephant tree we highly recommend his debut novel.
Unknown at 4:05 PM
Share